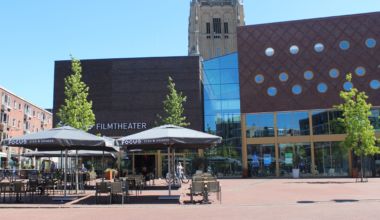 The French volcanologists Katia and Maurice Krafft were in love with volcanoes and each other.

Their curiosity was far greater than their fear, so for over 25 years, they climbed into the mouths of erupting volcanoes to get as close as possible to the clouds of ash, mudflows, and rivers of fire, where they said they could listen to the Earth’s heartbeat. They had an intimate knowledge of the smoking giants of Iceland, Hawaii, Zaire, Italy, Columbia, and Japan. They sampled, measured, and most importantly, shot breathtaking films and photos in hopes that the world would come to share their love. The story of how they met and their daring adventures is narrated by Miranda July and accompanied by the incredible footage they left behind—a breathtaking collection of otherworldly sights and sounds.